Putting The Human In Human Capital

The Business Of People

CareerArc's offices in Los Angeles and Boston are made up of 75+ unique teammates, working together to help HR leaders worldwide succeed in their recruitment and outplacement efforts.

Our momentum is driven by people who are curious, passionate and dedicated to a customer-first culture. We come to work focused on solving problems for our clients.

What People Are Saying

Hear what our clients, the industry, and the media have been saying about us. 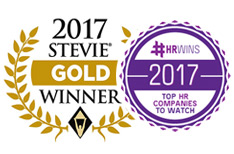 CareerArc is targeting a huge market opportunity. The outplacement industry is in need of big-time disruption. 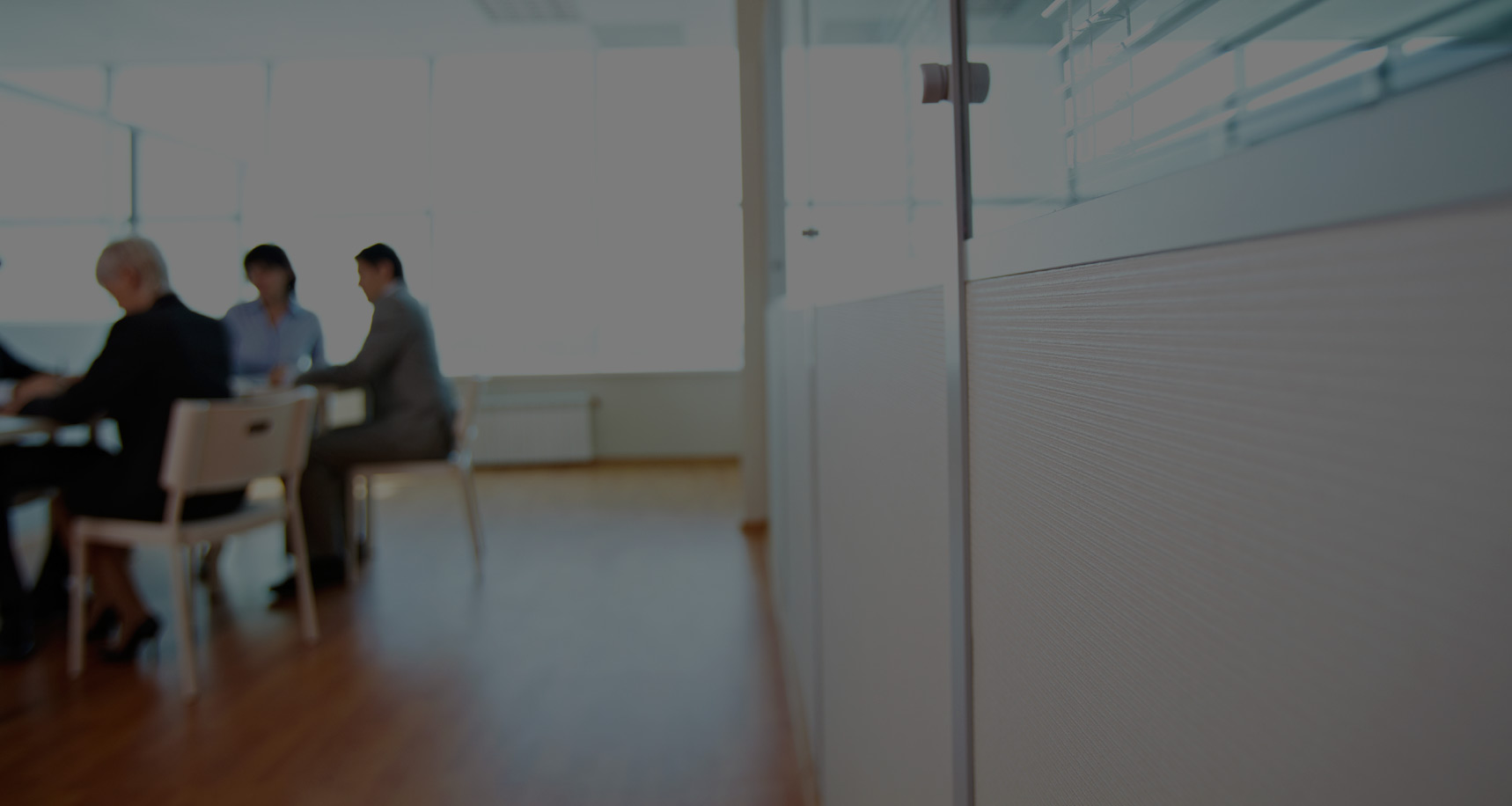 Who We Work With

Just a few of the thousands of companies that trust CareerArc

Learn more on our clients page 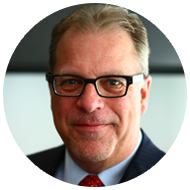 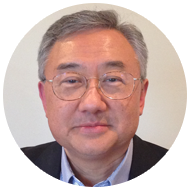 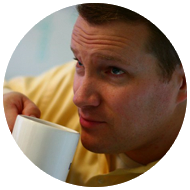 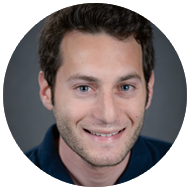 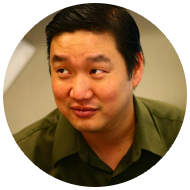 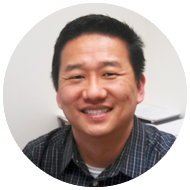 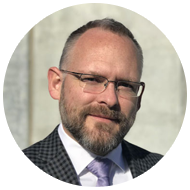 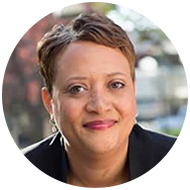 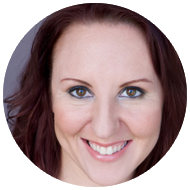 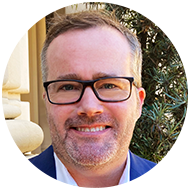 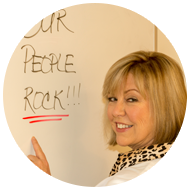 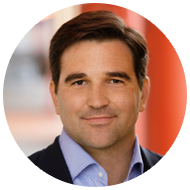 Mr. Richards is a proven successful entrepreneur and visionary strategist and a co-founder of the company. He sets the corporate goals and leads the development of business and market strategies. Previously, his leadership has led Blackboard Connect (formerly The NTI Group) to be the number one provider of hosted, time-sensitive mass notification services focused on assisting government and civil leaders to communicate quickly and efficiently with their constituents using multi-modal technologies.

Prior to forming The NTI Group Inc., he served as the CEO of Vivendi Universal Net USA, an entity created to oversee the U.S. Internet-related companies owned by Vivendi Universal. Mr. Richards was also the founding president and chief operating officer as well as a director of MP3.com, Inc., the Internet's first and preeminent digital music provider that had the largest IPO for an independent Internet company at that time. He was the lead negotiator in the sale of MP3.com to Vivendi Universal.

Previous to MP3.com, Mr. Richards served as managing director of Tickets.com, Inc., an Internet ticketing service company that was sold to Advantix. He was the founder, president, and CEO of Lexi International, the largest tele-services and database management company in the United States by mid-1991 and appeared twice on the Inc. 500 Fastest Growing Companies list. The company was successfully sold to Thayer Capital.

Mr. Richards currently serves as president of the Chase Foundation.

Mr. Ouyang is the co-founder and responsible for the overall operational execution of the company strategies including finance, technology, client success and general administration. He has built several successful start-up ventures into high growth companies that either went public or were sold to strategic partners.

Previously, Mr. Ouyang was the co-founder, president and chief operating officer of The NTI Group, Inc., the premier SaaS based time sensitive mass notification system that was sold to Blackboard, Inc. The transaction was recognized as the Best M&A by the Los Angeles Venture Association. He then became the president of Blackboard Connect. Prior to NTI, he was the chief executive officer of Vivendi Universal Net USA, a subsidiary of Vivendi Universal and also served as its COO. As executive vice president and chief financial officer of MP3.com, Inc., Mr. Ouyang played a key role in the sale of MP3.com to Vivendi Universal after orchestrating what was, at the time, the largest initial public offering for an independent internet company. Mr. Ouyang also served as executive vice president of operations and chief financial officer of Tickets.com, Inc. that was acquired by Advantix prior to its IPO. He was a managing director of corporate finance at KPMG LLP and a vice president in corporate finance at J.P. Morgan & Co.

Mr. Ouyang was the former chairman of Huntington Hospital and its finance committee. He was also a former trustee of the Collis P. and Howard Huntington Memorial Trust. Previously, he was a director of Bluebeam Software, Inc., the NTI Group, VU Net USA, FastSoft, Inc., Southern California Healthcare Systems, SeeUthere.com, and a trustee of the Chandler School. His family supports various programs at several institutions including Huntington Hospital, Amherst College, Yale University and Northfield Mount Hermon School. He enjoys working with young entrepreneurs.

He received his Master of Business Administration in Finance and a General Electric Fellowship from the Wharton School, University of Pennsylvania, and his Bachelor of Arts in Economics from Amherst College.

As the Chief Technology Officer of the company, Mr. Christie is responsible for overseeing all technical aspects of the organization including product development, architecture, infrastructure management, and vendor selection and management.

Prior to joining the company Mr. Christie ran Engineering for Spark Networks (NYSE:LOV) a leading provider of online personals services in the United States and internationally. While at Spark Networks he built the product development process into a repeatable, highly successful program tied directly to the company's strategic objectives. He also drove the design and construction of a new enterprise wide purchasing platform used across all 31 of the company's properties.

Mr. Christie received his Bachelor of Science in Computer Science from Cornell University.

With over 20 years of experience in the Finance, Strategic Planning and Accounting arena, Mr. Wang is currently responsible for all finance functions in the company.

Prior to joining the company, Mr. Wang oversaw all financial, human resources, and administrative functions for MeziMedia, a start-up company in the on-line shopping and deals space. He was part of the executive leadership team that was responsible for the sale of MeziMedia to ValueClick (NASDAQ: VCLK) in 2007 and stayed on in a senior operational role subsequent to the sale.

In addition, Mr. Wang has worked in a financial and analytical capacity in a variety of industries, including such Fortune 500/multi-national Companies as Yahoo! (NASDAQ:YHOO), PPG (NYSE:PPG), and Nestle (OTC: NSRGY.PK). He began his professional career at Price Waterhouse Coopers where he earned his CPA.

With over 20 years of sales and leadership experience, Jason Blais is currently responsible for overall growth of CareerArc's social recruiting business.

Before joining CareerArc, Mr. Blais worked for ZipRecruiter where he held both Head of Corporate Sales and Vice President of Inside Sales roles. During his tenure, he oversaw the growth of the sales organization from infancy to a department of over 350 staff.

A SHRM member since 2004, Mr. Blais has also been certified by the Human Resources Certification Institute for curriculum development in the realm of talent acquisition and has been named as a Top 25 Most Influential Inside Sales Leader by the American Association of Inside Sales Professionals (AA-ISP) the past two years.

Prior to his current role, Mr. Riemer served as the company’s Chief Marketing Officer, where he was responsible for the company’s marketing and product strategy.

A founding team member of the company, he previously served as CMO of Internships.com (acquired by Chegg).

Prior to that, he was a founding team member at Amuzu, a SaaS mobile solution for higher education institutions, where he led product, marketing and business development efforts.

He received his Master of Business Administration from Bar-Ilan University in Tel Aviv and his Bachelor of Arts from Vanderbilt University.

She attributes much of her success to an ability to build, inspire and lead top-performing sales teams, laser-focus product and service positioning in the market, and establishing a highly consultative, yet disciplined, approach to sales.

Mark Fordham is the Senior Vice President of Client Success with CareerArc. His team is responsible for the successful onboarding, ongoing adoption, and overall success of CareerArc’s social recruiting customers. He is a dynamic customer success executive who brings 15+ years of experience in building, scaling, and leading teams of passionate customer success professionals with a keen focus on helping venture- and private equity-backed SaaS companies achieve their customer retention, adoption, and growth goals. Mr. Fordham has built teams across several technology sectors, including both private and public companies.

Prior to joining the company, Mr. Sung was Vice President of Customer Care at Myspace where he oversaw customer support, customer care, content review and policy enforcement. He scaled the organization to support over 125 million monthly active users worldwide in six languages.

Previous to Myspace, he was the head of Content Review at Yahoo! where he led editorial operations supporting Yahoo’s search advertising business.

Additionally, Mr. Sung has held management positions in business development, account management and finance in the insurance and software industries.

Mr. Sung received his Bachelor of Arts in Economics and Diplomacy and World Affairs from Occidental College.

Ms. Souza is a 6x tech startup marketer with more than 20 years of experience helping lead early-stage and growth-stage startups to successful exits. Prior to CareerArc, Ms. Souza served as vice president of marketing for cryptocurrency and blockchain startup Gem, where she led all marketing functions, including brand messaging, product launches, user acquisition, and community development. Previously, she served as vice president of marketing for Deep 6 AI and iMeet Central (formerly Central Desktop), -director of marketing at Everbridge, and globalization product manager at Ariba, an SAP company (formerly FreeMarkets).

Ms. Souza earned a Master's degree in Global Marketing from Emerson College in Brussels, Belgium and a Bachelor of Arts from the University of Massachusetts - Dartmouth.

Ms. Roland has been an HR management professional for over 20 years. She has built her career in dynamic early stage growth companies and has been a part of the Executive Leadership Teams contributing to their success. All of these organizations have had cutting edge technology and ideas that include Television Broadcast and Production (E! Entertainment Television and GRB Entertainment), E-Commerce (Tickets.com) and Medical Device Development and Manufacturing (Given Imaging and GenMark Dx). Ms. Roland had the pleasure of supporting the Initial Public Offering of two of these companies, acknowledging their growth and success. She also has successfully managed several organizational post acquisition integrations.

Previously, Mr. Peele was legal counsel at Myspace, Inc. where he advised senior management on technology transactions involving information technology, digital advertising and content distribution. Prior to Myspace, he worked in the IP, Media, and Technology group at Latham & Watkins LLP where he counseled new media companies and traditional media companies on commercial and corporate transactions involving the development, registration, and licensing of intellectual property for TV, online and mobile media.

Mr. Peele received his Juris Doctor from the Duke University School of Law and his Bachelor of Arts in Government from Dartmouth College.

At CareerArc, we're always looking to add superstars to the team, check out open career opportunities on our careers page.

57% of companies plan to make a major new HR software purchase in the next 18 months.*

As the war for talent continues to heat up, organizations are looking for HR solutions to help them gain a competitive advantage in recruitment, employment branding, and benefits.

By leveraging the cloud, running on world-class infrastructure and combining web, mobile and social media applications, we help companies gain that competitive edge.

Our social recruiting and modern outplacement solutions are utilized by established enterprises in the Fortune 500 and growing companies alike to solve these critical business issues.